Anytime you hear “fee increase” that usually means you’ll pay more without seeing benefits, but for the 2023 AIM Weekend Walleye Series, it means more payouts farther down the field for each of the series qualifiers, and a brand-new first prize combo for June’s AIM Warrior Boats National Championship Shootout that will boost it to more than $100,000.

“We told you Fan Nation, that we’ll be doing some very special things this year to up our ante to encourage more of you to participate, and that’s exactly what we did,” said Denny Fox, AIM national tournament director. Fox explained how it will work.

“Simply put, we’re raising the entry fee to qualifiers only by $50 per boat. But that entire $50 will be going right back to anglers in prize money, both at our qualifiers and the state championships,” he said.

“In the past, because of increased state fees in North Dakota, teams there got 80 percent of their money back to 15 percent of each field, up to 100 boats, in prize money. In Minnesota and Wisconsin, it was 85 percent. That extra $50 is going right back 100 percent into your pockets,” he said.

That extra $50 will be split, he explained. Half, or $25 of each entry fee, will go to each qualifier pot, and $25 will go to the state championship. “We’re thickening the pot at the bottom end, so now instead of paying 15 percent of the field, we’re now paying money to 20 percent of the field. When we raised our paybacks a few years ago, we dedicated that money to the top finishers. This time, we’re starting at the bottom and bringing it up so more teams will be cashing checks. We’re going to be putting it all in at the bottom,” he said.

With the season long savings account of $25 from every event entry, we will be able to pay down to 30 percent at the state championships. To make it clearer, at last year’s Wisconsin championship for example, we paid down 12 places in that field of 56 boats. Now we’ll be paying down to 17th place. The five added places will get their money back and the rest of the savings account will be split evenly through the other 12 places. It would have raised each place $520. The lower finishing teams will be bringing home more money than before,” he said. “All that extra is going back to our teams. None of it is going to us.”

AIM’s not through yet making it more worth your while to enter our events. In addition to that sweetened pot, AIM is also sweetening the Shootout first place prize.

“Starting this June, we’ll be upgrading first place to a V193 Warrior to begin. We’re going up from that 150 Yamaha four-stroke to a Yamaha 200 SHO. Instead of one, we’re mounting two Garmin 9-inch screens aboard, and just because we can, we will have a Garmin Force bow mount electric motor installed and ready to go. And this season, our sponsor Rosemore Outdoor Gear, is filling the rod locker with Rosemore rods.

Combined, this package boasts an MSRP of more than $100,000, almost doubling the Shootout previous prize package. The Shootout takes place this year on Wisconsin’s Rock River and Lake Koshkonong out of the Island Bar and Grill and the Bait Box on the Rock Friday and Saturday, June 2 and 3. 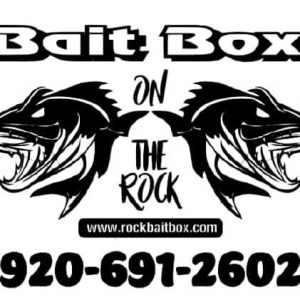 “None of the 30 boats who qualified will be allowed on that water until Memorial Day, May 29. Qualifiers will get only 3-1/2 days to nail down their spots to battle for that $100,000 Warrior-Yamaha-Garmin-Rosemore package,” Fox said.

We’ll have more previews of the coming season, including a look at new products from our sponsors, as well as the incentives some will be offering to make entering an AIM event even sweeter.

To learn more, go to the AIM website, aimfishing.com, for details on how you can register to get in on AIM’s four divisions. Want to fish’em all? Punch your season ticket beginning Sunday, Jan. 15. Pick-and-choose individual events become available Feb. 1. And as always, watch for the latest at AIM’s Facebook site.